Get fresh music recommendations delivered to your inbox every Friday.
We've updated our Terms of Use. You can review the changes here.

"The Mau5 That Jack Killed" 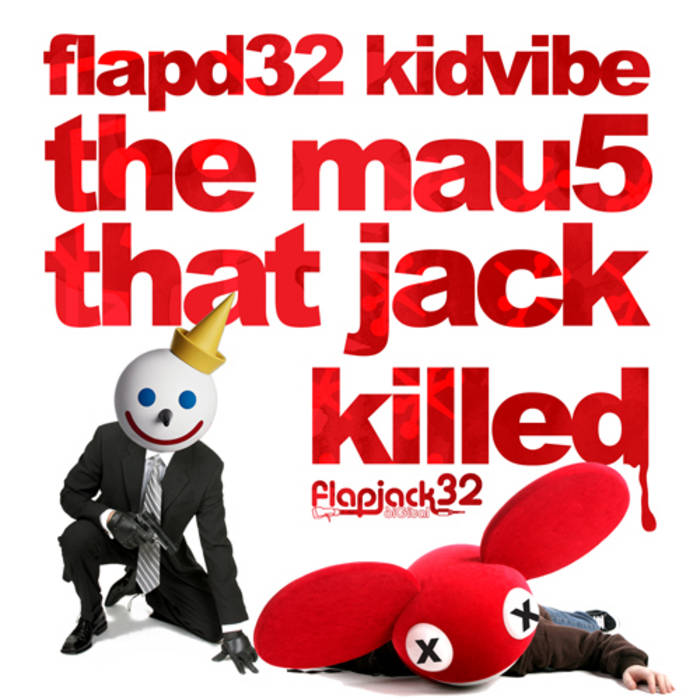 Flapjack Records has a problem. When you have a problem like this in your kitchen, you need to call the right guy for the job. So returning to the roster, not to create, but to kill, is our crushing companion from Vancouver, Kid Vibe. He shows up just as the Board of Health has left the building closed until further notice due to a growing rodent problem. Considering the circumstances, it is in our best hopes that “The Mau5 That Jack Killed” will devastate the current population and render the quarantined area a place where delicious booty shakin’ breakfast beats can be concocted once again.

The first step in this kind of situation is to cover the entire perimeter with some “Notorious Child”. I heard the military used to use this to melt and clear dense jungle during warfare, but due to overwhelmingly horrible side effects in humans, it is now used strictly for rodent removal and in the manufacturing of the street drugs known as bath salts oddly enough. One spray of this and you will be jackin’ like a zombie naked in Florida.

The next step is to sprinkle some “Notorious Child (Ghetto Bump Mix)” about the place. If the first step doesn’t take them pesky fur burgers out, then a coating of this will get explosive all up in their junk. In the past this substance was originally used as a table salt substitute until people started rising from the dead and eating peoples fucking faces off. This is some serious salami here, and should hopefully take care of those little shits.

“Bring The Bump” should only be used as a last ditch effort. According to the box, this actually has the same ingredients as most over the counter cough medicine. I heard that it was originally and accidentally discovered in a motel room a guy cooking meth and a hooker. It turns out the hooker farted which scared the cook into spilling a little red bull into his beaker causing a chemical reaction so intense that both of their clothes were immediately burned off and they started eating each others’ faces.

So when everything is said and done, and the problems seems to be solved, as a future precautionary measure it is good to leave behind some “Mo Mo Wet” to eliminate any stragglers. This tune is like a super catchy glue trap, but if you sniff it or eat it, you will most likely have the urge to rip all your clothes off and eat peoples’ faces off. So just a word to the wise….if you want to clean up on the dance floor, “The Mau5 That Jack Killed” is the product for you. Just be sure to follow the directions on the box or you will end up starting an unintentional zombie apocalypse.

What Flapjack has in store for everyone is some fantastically fun, upbeat, tasteful house music stacked high on a plate of happiness. Remember that warm feeling of waking up in the morning and coming down to the kitchen where mom had a delicious plate of flapjacks just waiting for you? Do you remember how great they were? Here at Flapjack Records we do em up better than your momma made em. ... more